Top 3 Omega Watches for Every Occasion 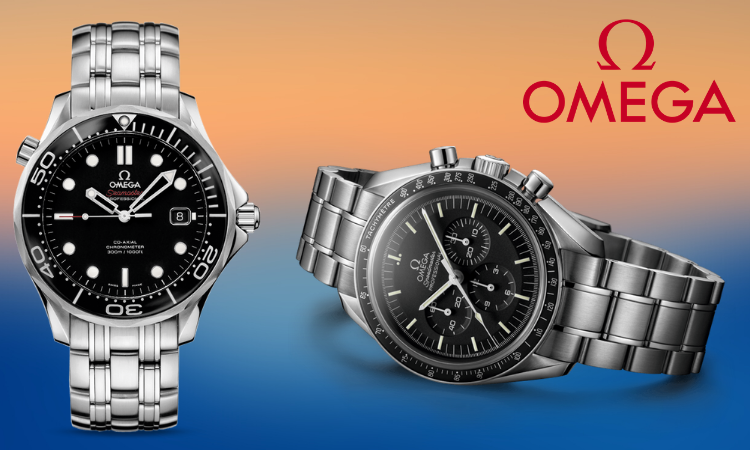 Top 3 Omega Watches for Every Occasion

Most of the luxury watchmakers aim to provide its collectors with a watch that suits every occasion.

While they eventually produce several models, it encourages the customers to stay true to the brand.

Pioneers in the luxury watch industry make everything right from diver watches, sports to dressier models to ultra-complicated to simple ones.

And, Omega is one of the brands that has been the best for providing a comprehensive collection.

The latest portfolio is merely extensive. And there is an Omega watch for every lifestyle and taste.

Here we will be taking a closer look at three best Omega watches that can suit any occasion and circumstances, be it is a corporate event or underwater excursion.

Do you want to sell your watch? Get a free competitive quote now.

Introduced in 1948, the Seamaster is ideally the longest-running lineup of Omega watches.

However, Omega produced a more refined version of this water-resistant watch in 1957.

However, the Seamaster collection is quite confusing.

For example, the brand initially designed the Railmaster to be a scientist’s watch. But its current model comes under the Seamaster collection.

Regardless, the Seamaster Diver 300M model sports all essential features and complications of a professional diver watch.

Most significantly, the Seamaster Diver 300M flaunts a modified design, making it suitable to wear both under the sea and on land.

The Omega Speedmaster is one of the most recognisable and popular watches of the brand.

Since 1957, the watch has been available in one form or another.

However, the name Speedmaster is referred to several chronograph timepieces in the brand’s catalogue.

Nonetheless, the classic Speedmaster Professional Moonwatch coheres to the design of the original models that stepped on the moon.

Unlike the Seamaster and Speedmaster tool watches, the De Ville series of the brand include entirely dressier models.

In 1960, Omega introduced the De Ville as a part of the Seamaster range. Later in 1967, the De Ville became a separate collection.

Moreover, Omega often chooses the De Ville models to exhibit the new technologies of the brand.

For example, the first Co-Axial movement made its debut in 1999 housed in a De Ville watch.

Overall, the Omega De Ville series has a wide range of exclusive models to allure merely everyone.

However, one of the beloved models is the classic De Ville Co-Axial Chronometer powered by the Omega’s patented Calibre 8500.

Although the watch flaunts an underrated look, it houses every latest technology made by the manufacturer.

Want to sell watches for the best price in London?

For those who are looking to sell watches for the best price, get in touch with any trusted watch buyers in London like at The Luxury Hut.

Experts at The Luxury Hut offer a quick, secure and convenient way to sell luxury watches for competitive prices. The process is simple.

With professional and trusted watch buyers at The Luxury Hut, you can rest assured you will obtain the best price possible against your luxury watch.

*Please be Patient after clicking “SUBMIT” as big images take time uploading on mobile devices. You will receive a message once finished.