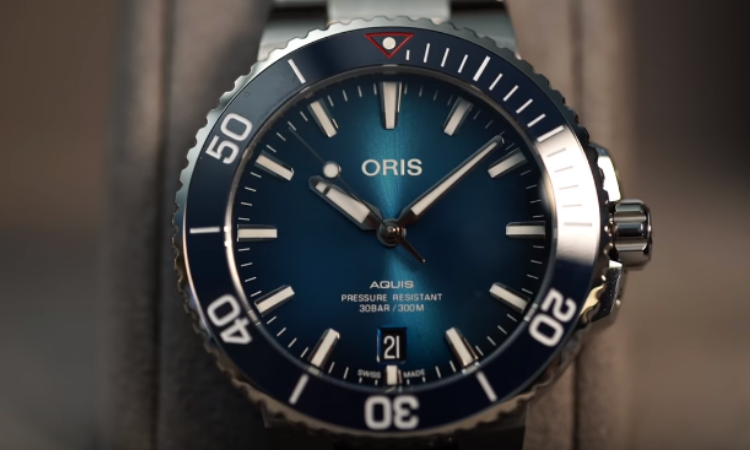 Oris is one of the famous Swiss watchmakers whose watches are distinguished by their symbolic red rotor.

Indeed, the watches characterise some of the best value for money within the horological industry. However, many collectors are not possibly well-conversant about the company.

Looking to sell watches? Fill up this online form and get a free valuation.

The company had its factories in many nearby towns by the 1920s, including Holderbank, Courgenay, Como, and Holstein.

Interestingly, some Oris professional tool watches are coveted among collectors of every lifestyle due to their exclusive functions and style.

However, the four different categories are Motorsport, Culture, Aviation, and Diving.

And some of the most popular watches for every category are namely the Chronoris motorsport watch, the Big Crown ProPilot Aviation watch, the classic Artelier watch, the Aquis Diver’s watch.

Oris made many more innovations of movement that included its first chronometer – Calibre 652.

The Worldtimer function is indeed an incredible complication. It can regulate the local time backwards or forward in hour increments.

The Oris Worldtimer was one of the leading aviation watches that enabled the user in tracking time while travelling to different places.

Moreover, the brand introduced the new Artelier Worldtimer in 2004 for celebrating its 100th anniversary.

5. Many Oris models are recognised by a unique red rotor

Oris is considered as one of the independent Swiss watchmakers. The brand produces both premium quality and affordable luxury watches.

Interestingly, the watchmaker introduced today’s legendary “Red Rotor” for celebrating its success in 2002.

The Red Rotor is indeed the defining feature of Oris that can be seen on many of its watches via the transparent case backs.

Oris redefined its logo in 2018 for including its founding year 1904.

How to sell your luxury watch?

For those who are looking to sell watches to raise instant cash, get in touch with the trusted watch buyers like at The Luxury Hut.

Selling your watch to us is straightforward and hassle-free.

As professional pre-owned watch specialists, The Luxury Hut always aim to pay the best price for any luxury watch that customers want to sell us.

Call us on 0207 242 5411 now to get an immediate appraisal over the phone and book an appointment to visit our premises in-person with your watch.