Why the Speedmaster Moonwatch is the Most Collectable Vintage Omega Watch?

Vintage watches are considered to be the most collectable in the case of luxury watches. And the most collectable model is usually the most expensive one. However, when it comes to Omega, all vintage timepieces are not worth a fortune. Some vintage examples are, in fact, listed among the most economical options available within Omega’s catalogue. Let’s discuss about the speedmaster moonwatch.

Let’s delve into the reasons here. However, if you want to sell an Omega Speedmaster, call us now at 0207 242 9160 for a free competitive valuation right away.

Reasons Why the Speedmaster Moonwatch is the Most Collectable Vintage Watch

The Omega Speedmaster is backed by an unparalleled history and heritage. The Speedmaster embodies several significant collaborations and limited editions. Ask any watch enthusiast to name an Omega watch, and the Speedmaster is likely the first timepiece to strike the mind.

Omega has upgraded this iconic series over the years but kept the core aesthetic the same. And you might also agree that the Speedmaster has never looked outdated during all these times.

In the 1960s, it was only the Omega Speedmaster that passed NASA’s stringent tests and standards. Eventually, NASA chose the watch for their space explorations. Not all timepiece could ever obtain this prestigious stamp of approval. It boosted the fame, reverence and recognition of the iconic Speedmaster.

The vintage references of the Speedmaster represent a period when people perceived mechanical watches as an accurate tool and a necessity of the time.

Moreover, the interesting fact is that Omega equipped the early references with the Calibre 321. And this movement is today costlier and more collectable than its later counterparts.

Keep in mind that all vintage Omega timepieces are not highly desirable and collectable. To be specific, the classic Speedmaster featuring its signature black dial is amongst the most iconic creations in horology. Virtually all examples of this revered chronograph have been known to worth a few thousand pounds.

However, the vintage Speedmaster examples featuring Calibre 321 movements are among the most collectable vintage Omega watches available to date. Astronauts wore these exact models during their evolving space exploration years.

Overall, Omega designed the Speedmaster originally for professional automotive racers. However, the watch’s novel associations with space travel soon overshadowed its racing origins. Omega made several upgrades over the years, but its original design and aesthetic remained unaltered. The Speedmaster Moonwatch is undoubtedly one of the most iconic models in the horology world.

Are you looking to sell Omega watches in London? Get in touch today with the trusted watch buyers at The Luxury Hut. To begin the process, you can fill up our online form or call on 0207 242 9160 for an accurate valuation. 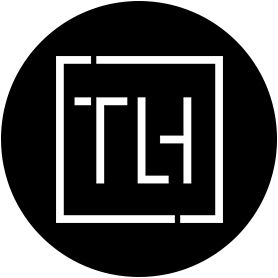 FREE QUOTE in a minute

Dear Customers,
Due to the high volume of sales enquiries, we are unable to provide offers over the phone. Our experts now offer an INSTANT QUOTE on WhatsApp!

Send your item’s photo and other details for a QUICK VALUATION!