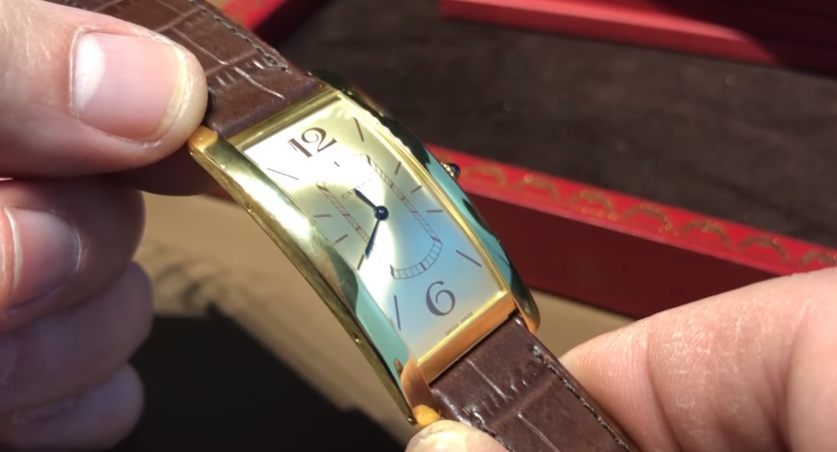 Cartier introduced the first Tank watch in 1917 for the American General John Pershing. Four years after, the brand launched the first Cartier Tank Cintree in 1921. Featuring an elongated case, dial and cabochon crown, the Cintree was a modification of the Tank Normale.

However, it is worth mentioning that Cartier introduced the vintage models of the Tank Cintree in limited numbers. And, iterations that remain in the original condition are nearly impossible to find.

Last year, Cartier released an enticing alternative of the original Tank Cintree at SIHH. However, the brand introduced the new Cintree models one year after Cartier commemorated the 100th anniversary of the Tank collection.

The Cartier Tank Cintree is considered as a more sophisticatedly proportioned dress timepiece. Each part of the watch offers a look and feel of a perfect vintage watch.

However, the watch case comes with the engraving ‘Cartier’ on its back along with other markings that indicate the watch is made of platinum or gold, mechanical and also, made in Switzerland.

The Cartier Tank Cintree models are fitted with alligator straps and buckles that match the case material. However, each watch comes with perfectly matched straps. For example:

Are you looking to sell your watch for cash?

Trustworthy watch buyers in London like at The Luxury Hut offer a quick, secure and straightforward way to sell luxury watches in London or from anywhere in the UK. If you are looking for “How to sell watches in London?” or sell a Cartier watch online, fill up this online form now and get an initial price quote at no cost to you.

With trusted watch buyers at The Luxury Hut, you can rest assured to obtain a fair and competitive price when selling your watch. Sell your watch and get paid immediately.